I know it's been a while since i had DOPE PEDDLE VID OF THE DAY so i went in and found some more FLATLAND vids enjoy!!!!!
Posted by tombo slice at 6:28 PM No comments:

So you thought I wouldn't give you a tracklisting to one the most anticipated albums of my life 0_o !!
DISAMBIGUATION DROPS 11/9/10
and i am all over this one! Let's if the new drummer can pick up where ARRON left off!!!!!
YOU GOT SOME BIG SHOES TO FEEL MY FRIEND!!!
Posted by tombo slice at 10:31 AM No comments:

Underoath Illuminator (With VOCALS and LYRICS!) [2010]


Guess what i got for you guys ,our new song of the day from one of my favorite bands UNDEROATH right off their upcoming album DISAMBIGIOUS , and time we are some of the first people to hear this .They did lose their drummer ARRON GILLESPIE but, they replaced him with the drummer from NORMA JEAN so it wasn't a total lost . Without further ado I present to you "ILLUMINATOR'' !!!!
Posted by tombo slice at 6:22 PM No comments:

SONG OF THE DAY Vanna - Safe To Say


I meant to post this yesterday this was yesterday's song of the day from a band that is quickly growing on me "VANNA'' and I'm bringing you one of the best songs on their self titled album "Safe to Say" . It's the chorus on this song that gets me because its so heart felt  and power and with the crazy screaming I'm kinda upset that I didn't post this yesterday!
Posted by tombo slice at 6:09 PM No comments: 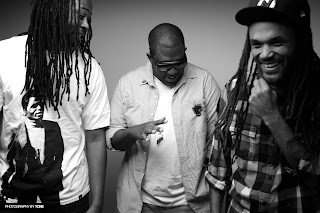 Just do yaself a favor a and listen TELL EM feat SKYZOO
Posted by tombo slice at 6:27 PM No comments: 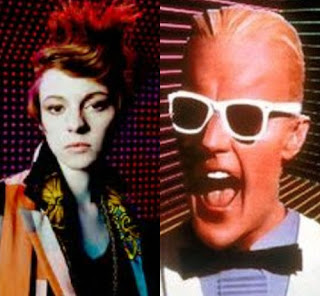 Could the singer for LaRoux be the long lost daughter of MAX HEADROOM ??? And for all of you thinking that her name is La Roux your WRONG. La Roux  are an English duo made up of singer, keyboardist, co-writer and co-producer Eleanor Kate Jackson and keyboardist, co-writer and co-producer Ben Langmaid. Jackson describes their respective roles as "very much a half and half sharing situation... not like a singer producer outfit", but also recognizing that it often can "look like a solo act"
Posted by tombo slice at 10:53 AM No comments: 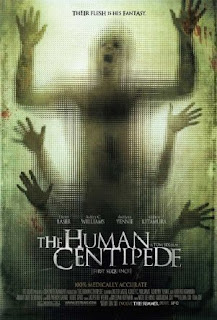 Lindsay (Williams) and Jenny (Yennie) are two college girls in Germany looking for a good time. They leave their hotel room and head out into the night to find a club they’ve heard about. On a road in the woods, they suffer a flat tire and, after avoiding a lecherous fellow driver’s sexual advances, end up striking out into the woods to lights they see in the distance for help. If you’ve watched many horror films that have come out over the last few years, this probably seems like a story you’ve heard before, but as The Human Centipede progresses, it becomes anything but.
They come upon the house of the retired German doctor, Dr. Heiter (Laser). Heiter claims he will help them get a car to rescue them and offers them some water. Unfortunately, the phone call is faked and the water is drugged. Before the women know it, they wake up in hospital beds in Heiter’s basement. Heiter, previously in his life, became known for separating conjoined twins. Now free to pursue his own interests, he’s taken a liking to…reconnecting things.
After a somewhat successful preliminary experiment in which he created a “Siamese triplet” from his beloved dogs, Dr. Heiter has decided to move on to creating a “Siamese triplet” of humans, or a “human centipede”, surgically linked together by their gastric system, i.e. anus to mouth, and forcibly surgically adjusted to perpetually be on their hands and knees. He plans to combine

the two girls as the middle (Lindsay) and end (Jenny) and connect them to the front of the centipede, a third victim he’s abducted named Katsuro (Kitamura). Given that much of what I’ve discussed happens fairly early in The Human Centipede, it is only a minor spoiler that I say he successfully completes the deranged operation (it’s also shown in the trailer). What are his plans for his new “creation” and is there any way his victims can escape the mad doctor? 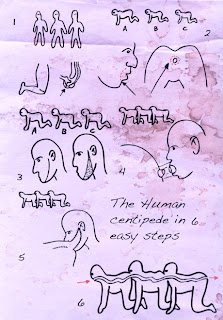 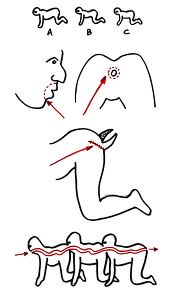 Trife "The Presentation" Most Slept On.....

Yo this has to be one of the most slept on debut mixtapes/album since Royce 5'9"s "Death Is Certain" .With 25 tough ass songs i can not see why this was just looked over . If you don't have it I am here to save you just click the link under the pic which say "The Presentation" and save yourself . I don't even wanna ruin this for you but i don't fuck with alot of shit but this here is one of those tape you just press play and let the rest happen!!!!!
Posted by tombo slice at 2:25 PM No comments: